Fourth race of the season, Drachten, The Netherlands.

Just got back from Hungaria, now it's dragracing time in Friesland. Some seventeen racers signed in, but only thirteen showed up to qualify for a sixteen field dragrace on the 1/8 mile strip on the small airfield in Drachten. 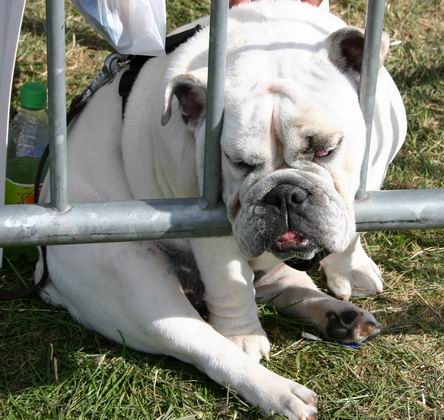 Conditions were tropical, like all races so far this year. There were four rounds of qualifications planned for friday, and also for saturday, but there were problems with the timing, some oil spills, a crash by Mr. van Driel with his prostock bike, and the computer was very slow because of the heat, so only five rounds were held. 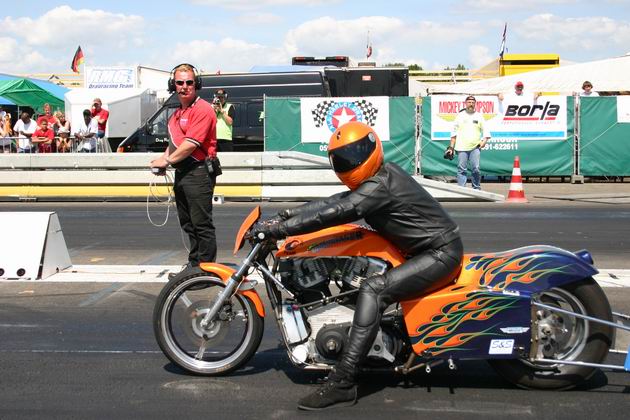 The winner of Luckau, Cord Albers, was fastest after round one, with 5.261 sec and 215.9 Kmh. Favorite Job Heezen's bike produced to much power for the gearbox, he broke the main shaft, and was busy getting parts and rebuilding for the rest of the day and night. On Saturday he was rewarded for his effort: 5.123 and 221 Kmh. 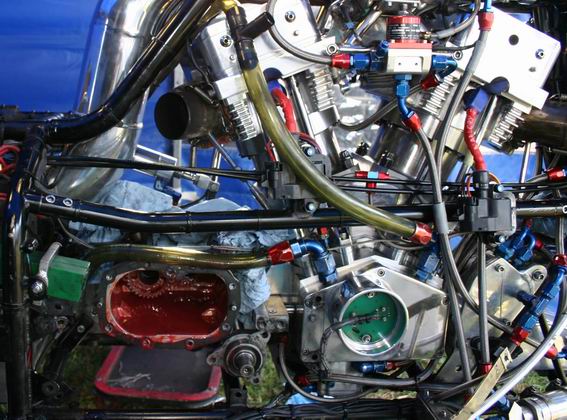 After day one, ther were four guys with a 5.6: Harry van Schie, Herman Jolink, Mike Brüsch, and Marc vanden Boer (with a new personal best).

On saturday Brian Glaesner joined them, and Herman did better: 5.588. Roman Sixta went to third place: 5.330. 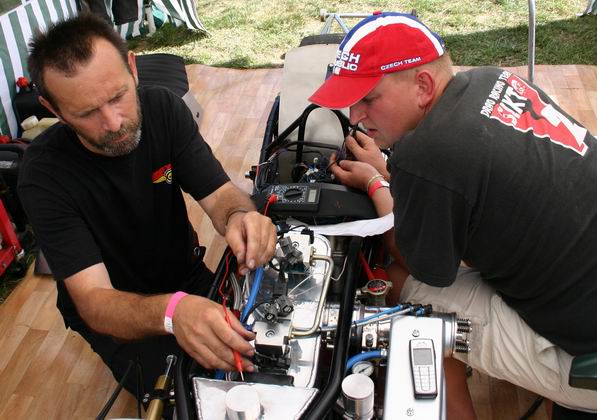 Roman was happy with the track, but not with his bike. His team was busy all friday, connecting a new electronic fuel injection device, and solving shifting problems.

After round four Bernd Niessen was only 0.001 second behind Herman Jolink, but late on saturday evening Bernd raced a 5.445, and moved to fourth spot doing 212 Kmh.

In the first round of eliminations Heezen needed only 5.21 sec. for his bye run, Mike Brüsch made a red light against vanden Boer, Niessen was too fast for Criss van Nimmen on his V-rod, Jolink beat John Geytebeek with a 5.70, Albers did 5.3 while Merse did not show up, Sixta went to the quarter finals by beating Ludo "de witte" Scheepens from Belgium, and van Schie sent Brian Glaesner back to Denmark with a 5.67. 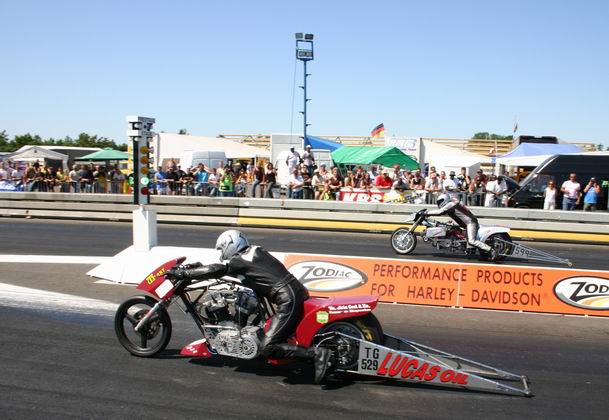 Team Full Throttle had a great time for the rest of the day. In the quarter finals Harry van Schie stopped Sixta with a new personal best of 5.570, and, with again a 5.570, and a bit of luck, he made it into the finals while Cord had problems: 6.989. 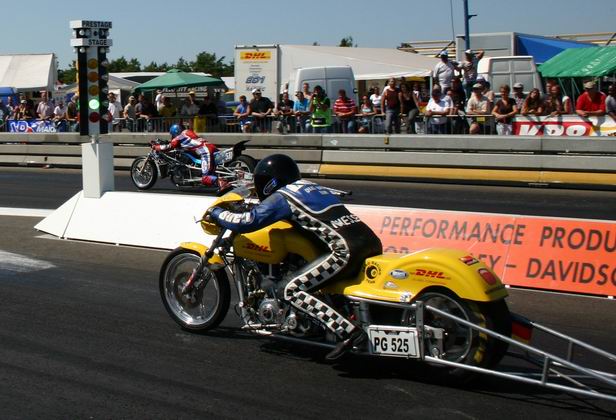 Bernd Niessen was happy with a new personal best of 5.382 in his quarter final against Herman, who redlighted. Bernd was out in the semi finals where he met Mr Heezen doing a 5.16! 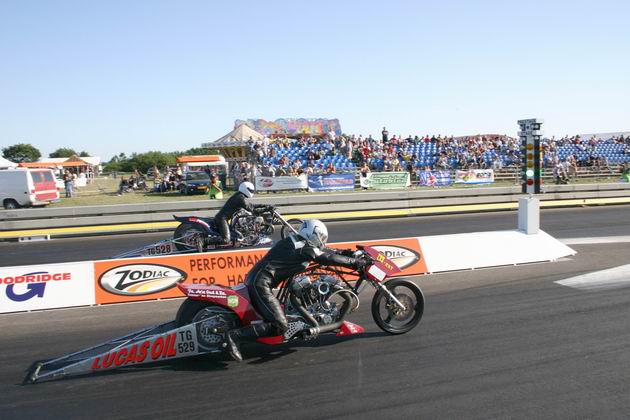 (somebody mail me a picture of the podium, please)

Thanks to eXplosion for having us, and Annemieke for lending me her camera. We will be back in Drachten in august, but we have a race in Turtman, Switserland, next weekend. 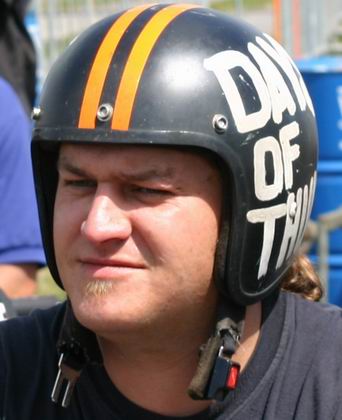