Race number six in the series was at the short but fast track at the airstrip in Drachten. The race also counts for the Dutch championship, so seventeen teams came and a sixteen field dragrace could be held on the well prepared 1/8 mile. Rain on saturday afternoon spoiled some of the fun, but most dark clouds passed by and the crew had the track dry fast, so we could have two rounds of qualifying. 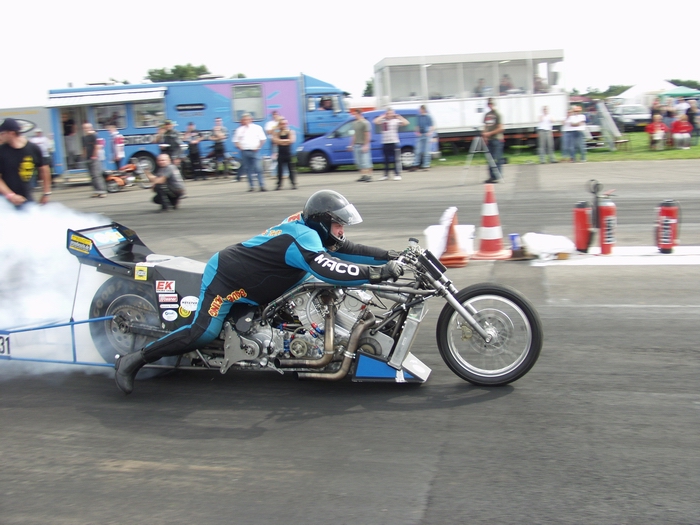 Otto Bauer was fastest "fresh from the trailer", with 5.32 seconds. Only Mr. Heezen went faster in round two, but Otto's 217 Kmh top speed survived the weekend. Bauer manage to do this five races in a row! Bad luck for Frank Heitmann, he damaged his gearbox and had to sign off for the race. A piece of frame tube was found on the track after Hartmut Koch made his burnout, and after his run (!!!) a crack was seen in his frame.

Koch had it welded by Bauer, so he could race on sunday. He was up against... Otto Bauer! They even raced eachother twice, because of some failure on the startlight. In the re-run Otto won with with a 6.1, not really a reason to be happy. Otto's gearbox broke in the quarter finals while racing Marc van de Boer. (all farmer drags) 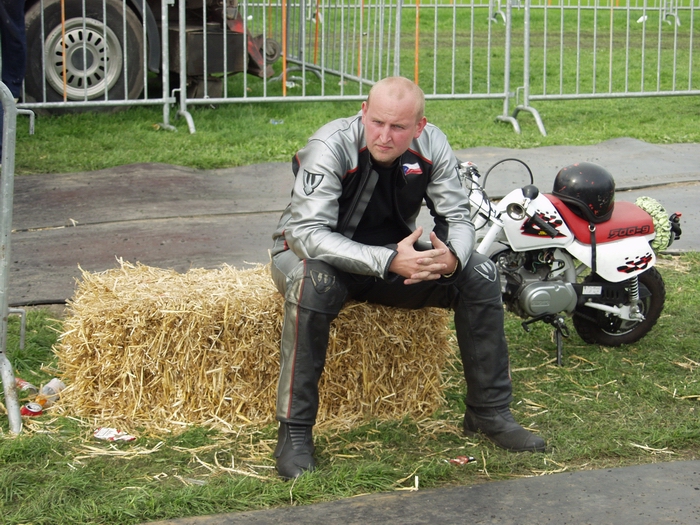 The Czech racer Roman Sixta had a good weekend. He qualified number five, sent Mike Brüsch home on sunday, and then beat Herman Jolink with a better reaction at the startline. Herman raced 5.549 seconds, Sixta 5.553, and had a few centimer left after 201 meters! Sixta is now a threat to Heitmann for the number four spot in the championship. Job Heezen was one number too big for everybody. he ran a few 5.0 seconds and send Sixta home in the semis. 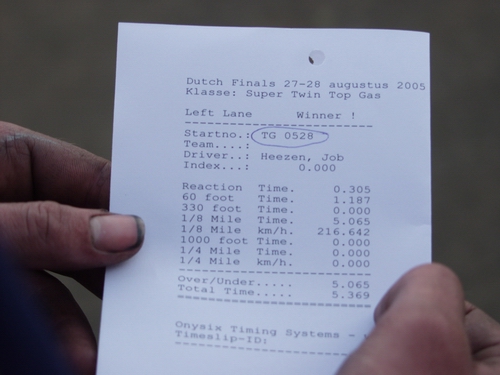 A loud bang was heard when Axel Seifert and Cord Albers passed the finish line. Axel feared damage to his engine, but found that only his battery had exploded. Axel had no problem with Wolla, then buried "german undertaker" Albers. Van de Boer was his last victim. Axel made it into the finals, but his bike stopped, just after the start. Heezen took the win with 5.20, an impressive an well deserved victory for our former champ! 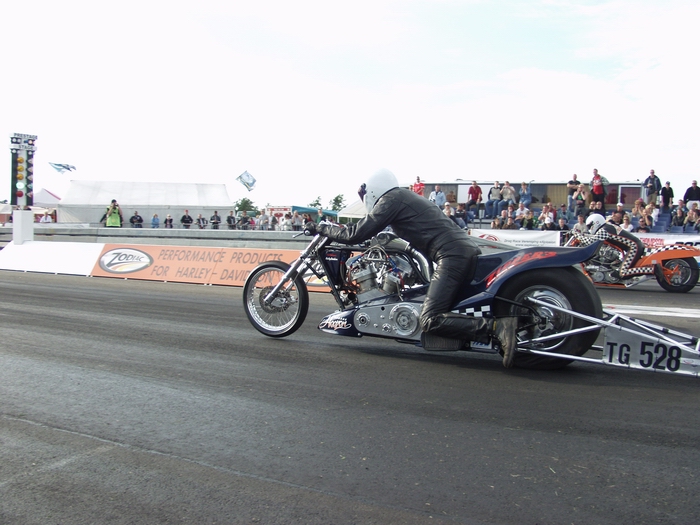 Axel picked up enough points to grab the lead in the 2005 championship with a slight lead over Bauer. Jolink is three, with Heitmann close behind. Gerd Caspari raced his bike for the last time on his favorite track. He sold his "el dragster glide" and matching towbike to Bernd Niesen, and we hope he takes it european next year. Gerd said goodbye in style: with a win over Harry van Schie in the first round on sunday morning. He then signed off for the rest of the race. 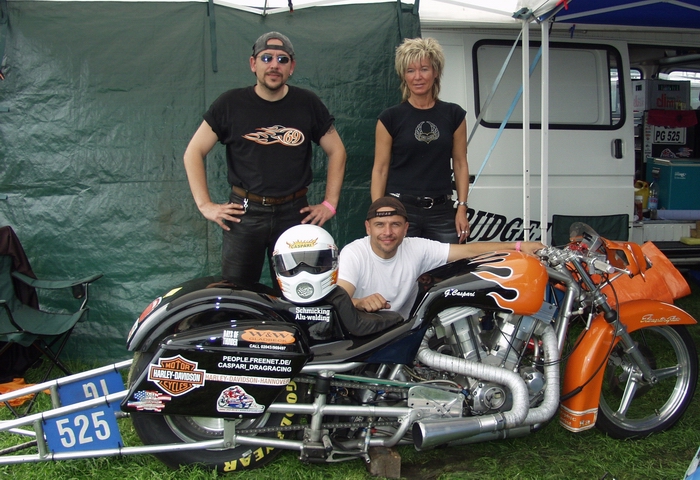 Last race of the year is Vandel, Denmark. Still nothing is decided, Wolla and Merse could still kick van Schie, Koch, Brüsch or Heinze out of the top ten, and if Bauer does highest top speed again, he only needs one round more.....With the help of some fast scandinavian racers we could hopefully have a 16 field, so a lot of points can be made or lost, to keep it exiting untill the finals.