Thunder and Lightning in Hoskovice.

The Dutch dragracers have a long relationship with the Czech Republic. Vaclav Hutla was a regular visor of Drachten , and famous guys like Jan Honeé and Gerard Willemse went to race in Czechoslovakia in the old days, when it still was called "motorsprint" and they were using Jawa's. This weekend two other racers from Holland were very successful there. 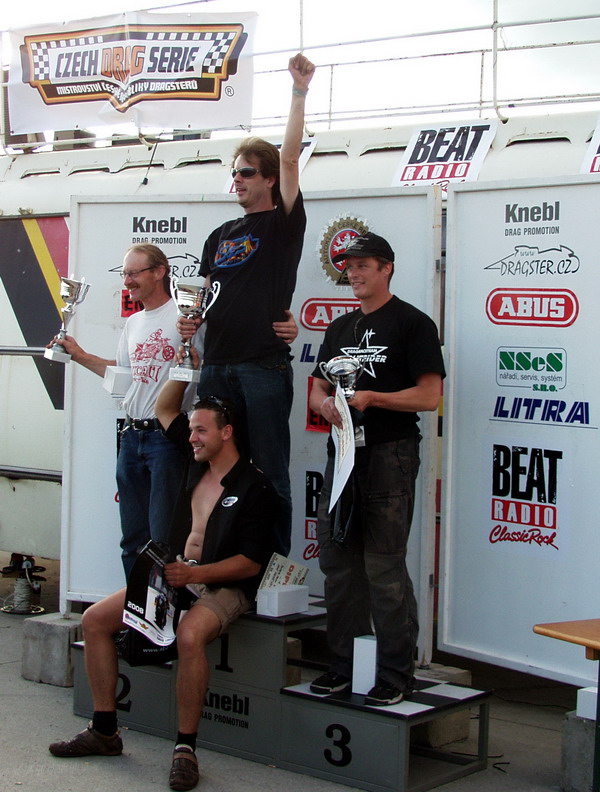 Gert-Jan Laseur won the race on an S&S powered Buell beating Herman Jolink with his 999RS Ducati in a great finals. Herman had the better reaction but Gert-Jan closed the gap with 1.19sec at 60ft. Herman kept chasing close behind him doing his best 1/8 mile ever, 5.4, and new personal best time of 8.58 sec Both riders were doing 251 kmh. at the finish line, and were very satisfied that the long journey was rewarded. They are also on top of the euroserie championship list now. And they had to work hard for it, with less and less time between the rounds because of the dark clouds in the sky. 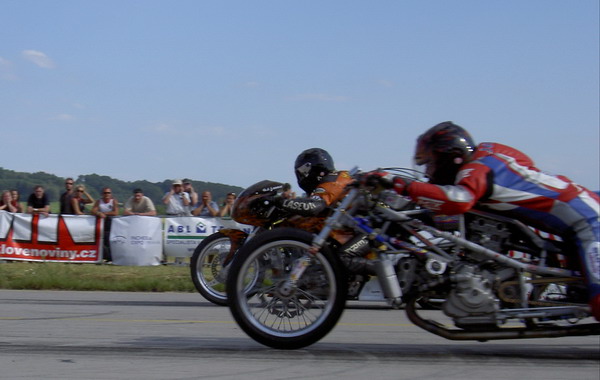 The weekend started with a short but heavy thunderstorm Saturday morning at five. One of the racers got so depressed by it that he packed everything in and went home. A few more thundershowers came down that weekend, but they were all for a very short period, and did no real harm. The concrete track dried up in no time with the wind and the blazing sun, and was amazingly good, no preparation was done. The biggest thunderclap was caused by Roman Sixta. 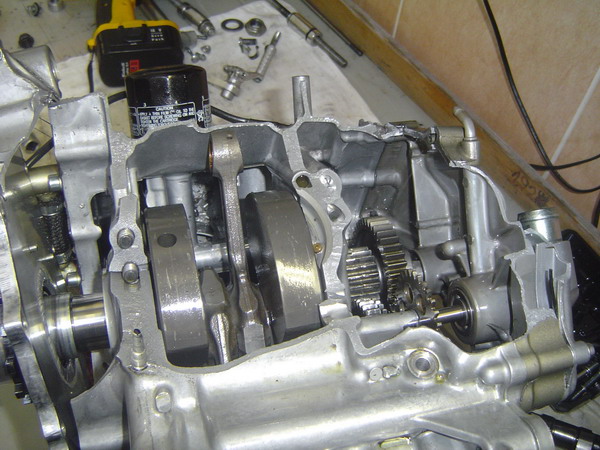 He tried to squeeze the maximum horsepower out of the little Honda engine, but went over the limit in the last qualification round and was forced to sign off for the race. He picked up the top speed bonus points doing 263 kmh and even had an onboard camera fitted capturing it.
Now nine teams were left to battle it out. Harry van Schie was not qualified. Dris Hamadi, who rides Harry's old bike, did much better. 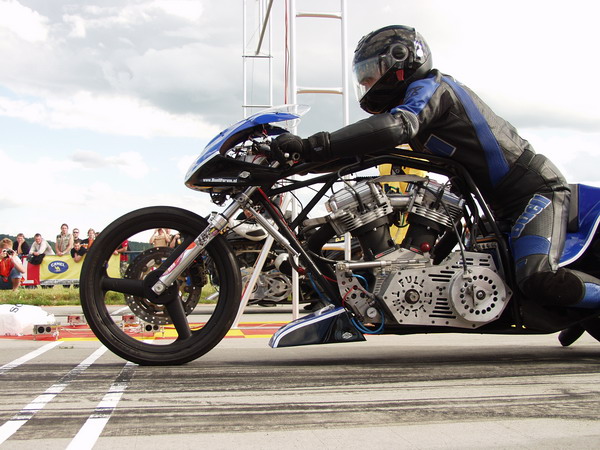 He qualified fourth place with a 9.08 and was also the number four of the race. He could have been third had he not crossed the center line, spoiling a complete Dutch podium. Michael Merse had the intention to race in two classes, but his V-rod Destroyer failed to function due to a data transfer error after a dyno bench session where they found a good set-up. 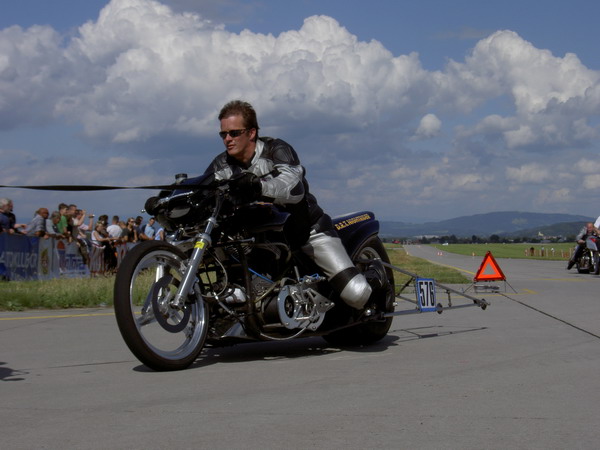 His topgasser was up and running after the trouble in Malmö, last race, and he beat Rainer Oberle in the quarter finals, to meet Laseur in the semis. Gert-Jan used only 8.15 seconds to deal with him. Michael was happy with his third place.

Frank Heitmann is still waiting for the parts to fix his topgasser, so kept using his V-rod in two classes, making up for all the runs he missed last year. 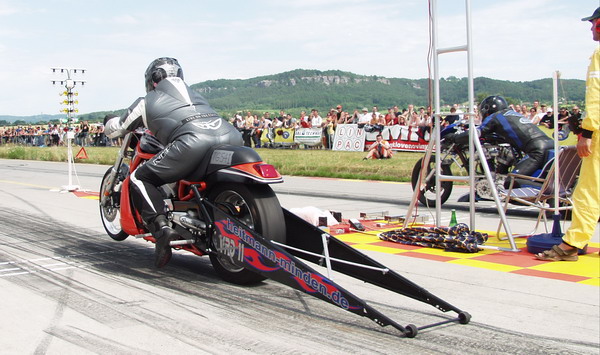 He qualified seventh place, and was Hamadi's victim in the quarter finals.

Monster Greubel did not qualify, and the Knightriders were wrenching late Saturday night to try and solve their problems. 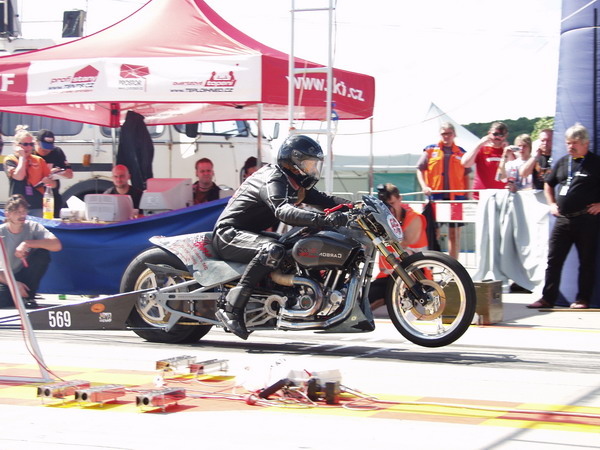 They got into the race because Sixta was out, But Monster was luncheon meat for fast Gert-Jan.

Marc Vandenboer bought a fast Harley engine off Tommy Karlsson when we were in Malmö, and already had that in his frame. 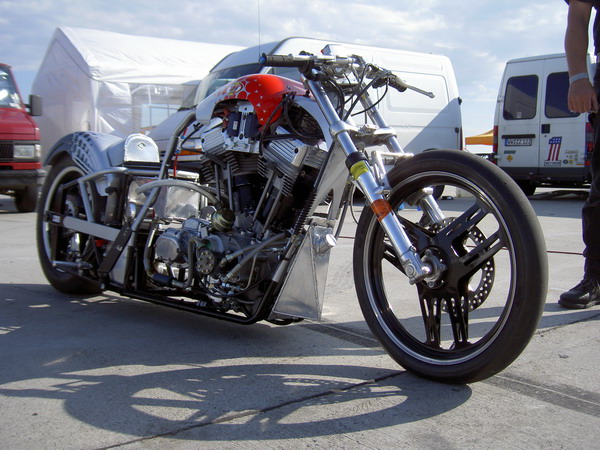 He damaged his prime belt after an impressive burnout, and needs to do some adjustments, like fitting a support bearing, so he could not use the full potential of the engine this race. But I'm sure he'll get the bugs out fast, and mess with the big boys very soon. Marc was Herman Jolink´s first opponent, but his bike failed to start, so Harry van Schie came in, being the alternate. 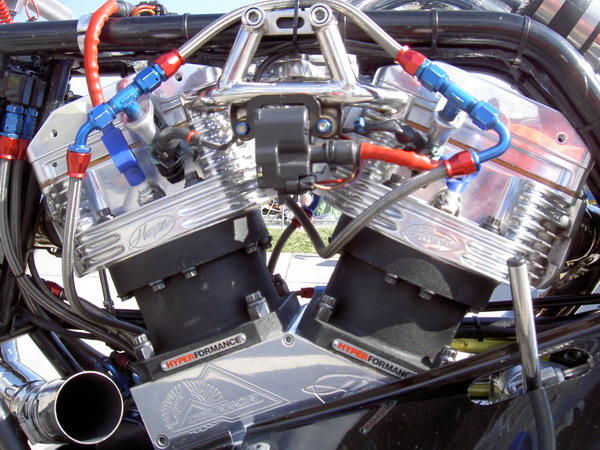 Team van Schie still needs to get used to handling the complicated full injected supercharged Harley, that was developed by Vermaas and Heezen who raced it with great success. Herman likes to start his engine early to get some heat in the water cooled Ducati engine, and now he had to wait some more for Harry to replace Marc, so the Duke was hot and had no problems with the black blower bike. 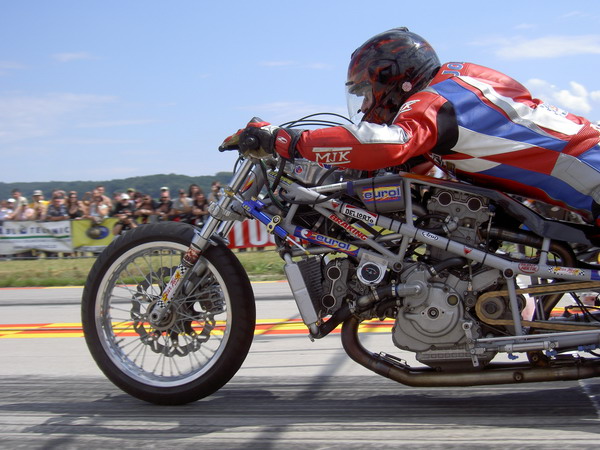 Herman had to travel 1200 miles to race against four guys who only live 60 mile away from his hometown.
After more than a year, the Honda is no longer on top of the list. Roman Sixta dropped to third place, only 25 points behind Jolink. Herman will skip the next race because he has to appear at the World Ducati Weekend, so if Roman goes to Luckau and passes the technical inspection, he will be second. But then there are other fast guys to deal with. We haven't seen Cord Albers yet, he was rebuilding his engine. He was the impressive winner in Luckau last year. Bernd Niessen and Brian Glaesner will be testing in Vandel, the weekend before, to find a good setup. So anything can happen there, but I'm sure we'll race a full 16 field there. 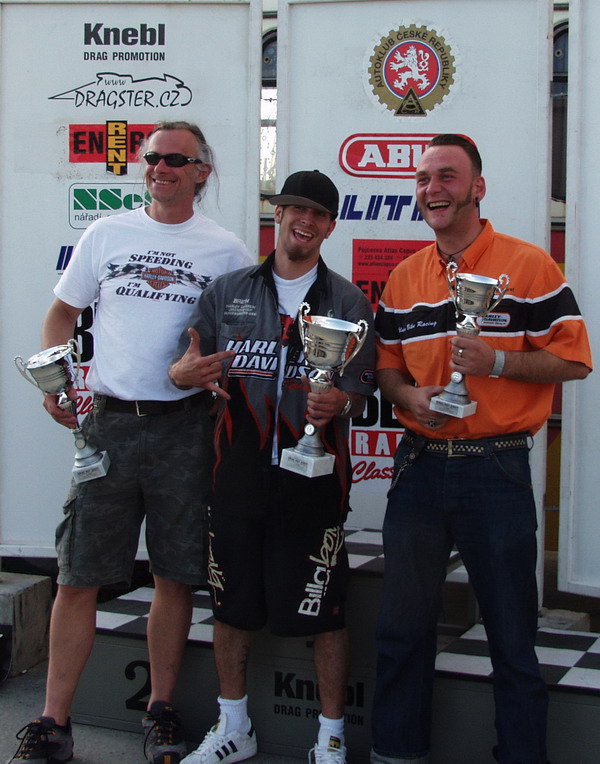 And here's a picture of two guys cutting up a brand new Dunlop Screaming Eagle tire. 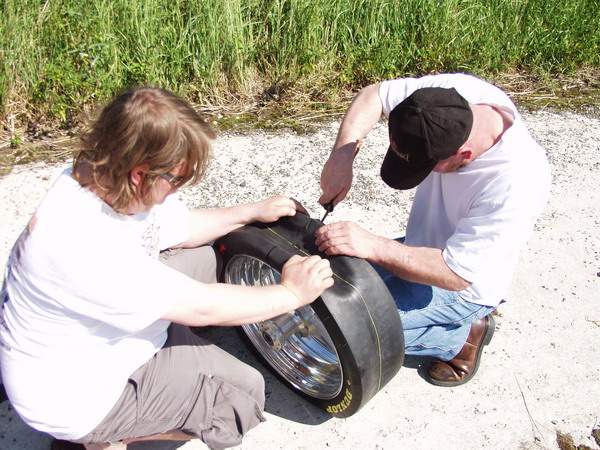 I guess that's why they call them destroyers.

Many thanks to Yvona Kneblova, Vladimir Hutla, and all the crew who made it a great weekend.

Thanks to Seppe Cancek for the pictures.

All race results of Hoskovice here.

See you at the next race at the MZA in Luckau, Germany!!!