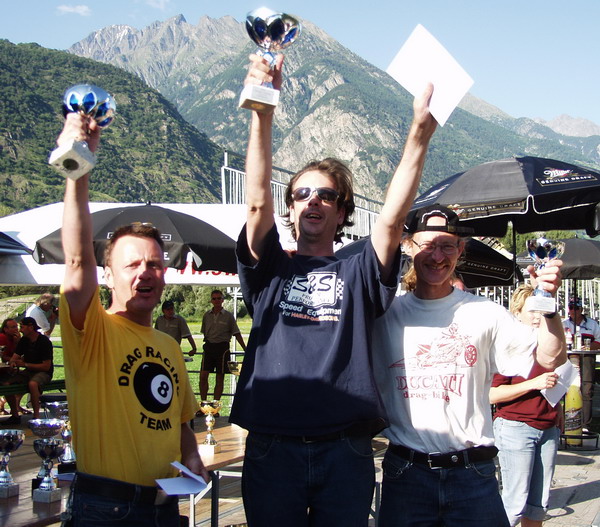 Race number five in the euroserie was won by Gert-Jan Laseur, after qualifying number one with an 8.2 and picking up the bonus points for top speed along the way. By doing so, he became "undutchable", grabbing the championship with one more race to go. If Herman Jolink had been in Luckau instead of going to Italy, he could still have been chasing him, but now Herman has to defend his second place against Roman Sixta and Cord Albers in the last race of the serie at Hockenheim. 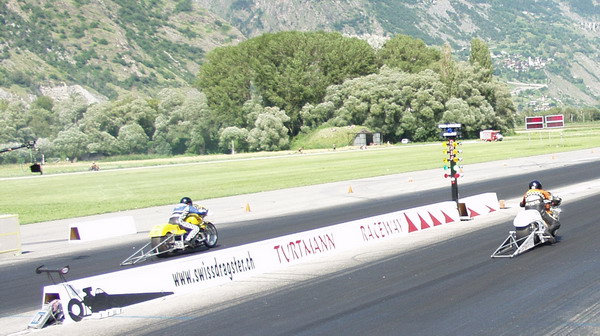 It is still echoeing in the mountians. Lo Stauble ran his nitro bike and Urs Erbacher tested his top fuel dragster doing 5.4 sec @ 414 kmh! And we had an eight field dragrace for the championship there. 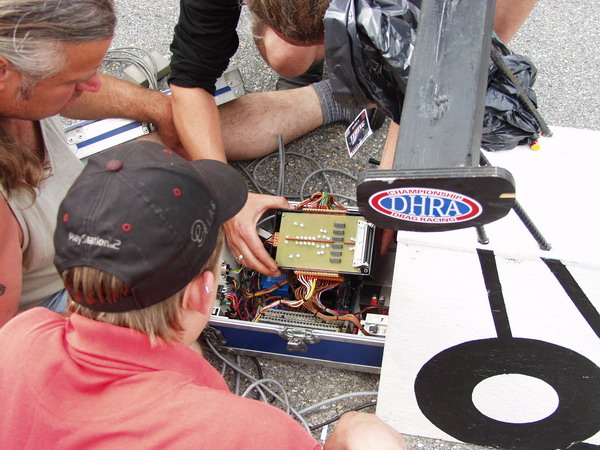 The DHRA had lots of trouble getting the tree to work, so free training on friday began late, and was stopped early because of rain. On saturday it was sunny and warm, so three rounds were held. Heavy rain again on saturdaynight, and sun again on sunday made it an almost perfect race.

Peter Marz had two bikes with him, but his topgasser wouldn't run. He raced in modified with a new "old school" Harley and got second place in that class. Well done Peter. 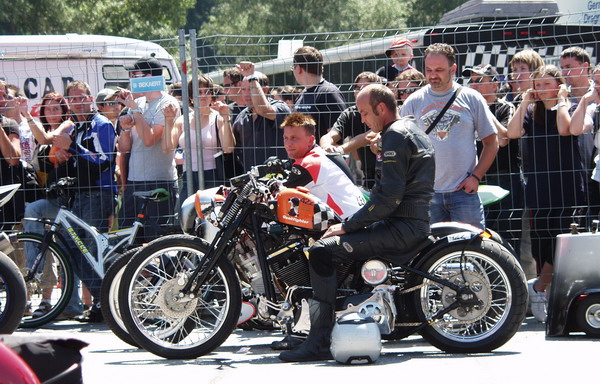 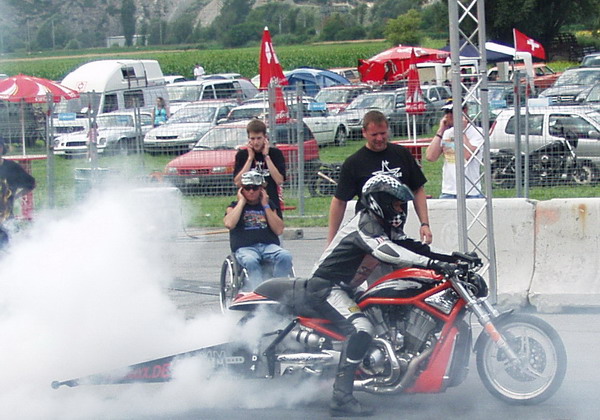 He got his V-rod alive again, after it was in a coma after a data transfer error. He qualified #5, but suffered problems before the burnout in the quarter finals of topgas, so Heitmann, being first alternate, came in. Heitmann lost to Jolink and got beaten by Axel Seifert in the V-Rod class. And Brodbeck sent Merse home early.

Roman Sixta supprised us all by showing up. During qualifications he did an 8.999 but broke his blower belt. He failed to race against Bernd Niessen in the semis after beating Thomas "Monster" Greubel in the quarter finals. 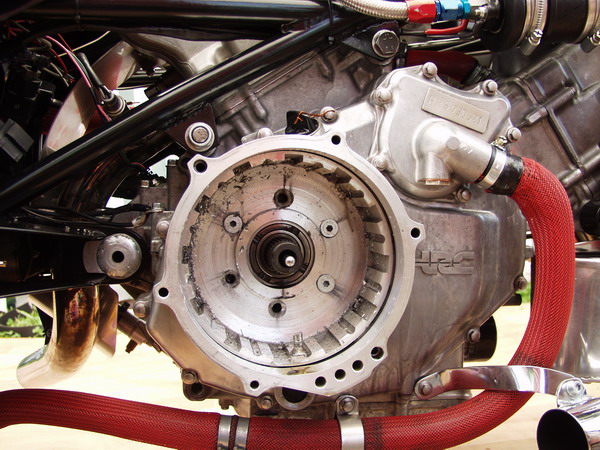 The clutch came loose when he started up, so he had to shut the Honda off. So Herman Jolink got the third place after being beaten by Laseur. Jolink had the better reaction, and both riders were side by side at the 1/8 mile mark, but Laseur already had more speed, and made the difference after that. 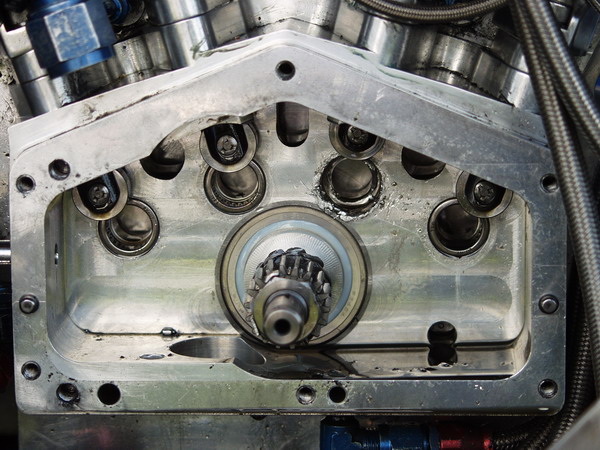 Big damage to the case and cams of the ex-Heezen bike before even putting it on the track. 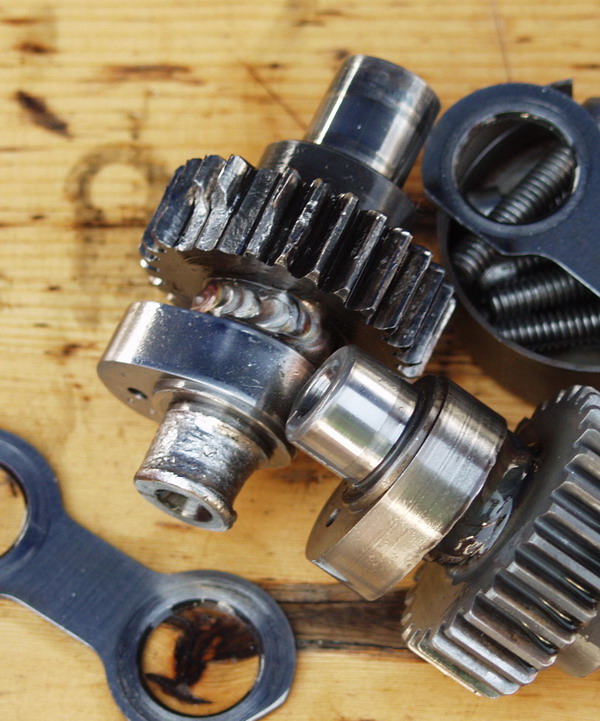 I wonder if they get this fixed before the last race of the serie.

In the V-Rod destroyer cup Sacha Brodbeck beat Steffen Karst in the finals. 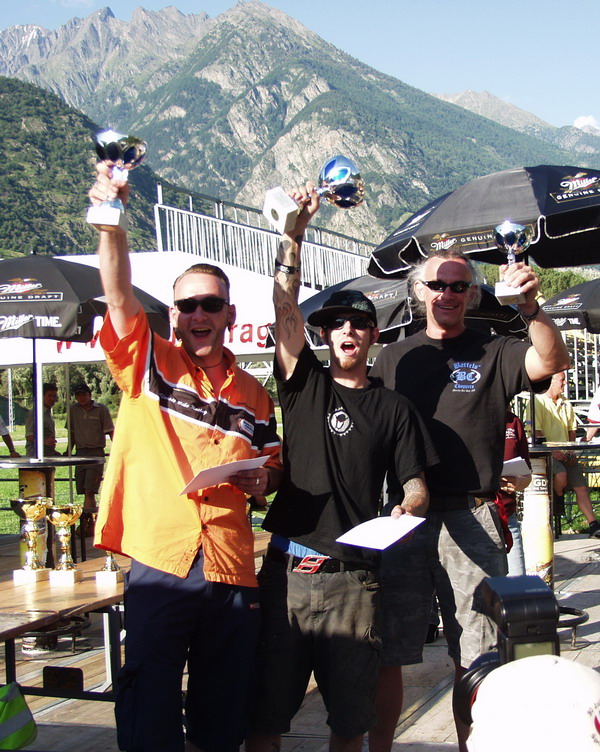 Axel Seifert came third. Brodbeck is the champ after this race. Congratulations to him. If you want a Destroyer, you can get one in Regensburg. Many thanks to Steffen and Pascal of Classic Bike H-D Berlin racing team for their support.

See you all in Hockenheim in a couple of weeks for the last race in the euroserie. Getting bored in between? Try the "Bike and Music Weekend" at Geiselwind, 9-12 august. 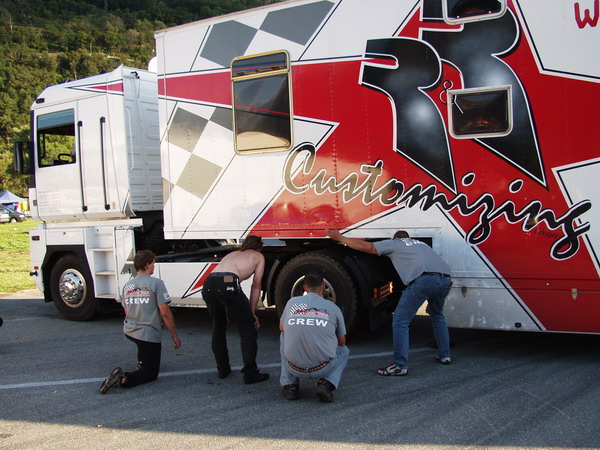 More pictures will be added later.

Newsflash: While we were racing, there were new developments in the case of the dragstrip in Drachten, Holland.

Check it out on www.explosion.nl