Race number five:
The Drachten Internationals in Friesland, in the north of the Netherlands, started with a day of rain, and ended the same way.

So only on saturday the conditions were fit for dragracing. 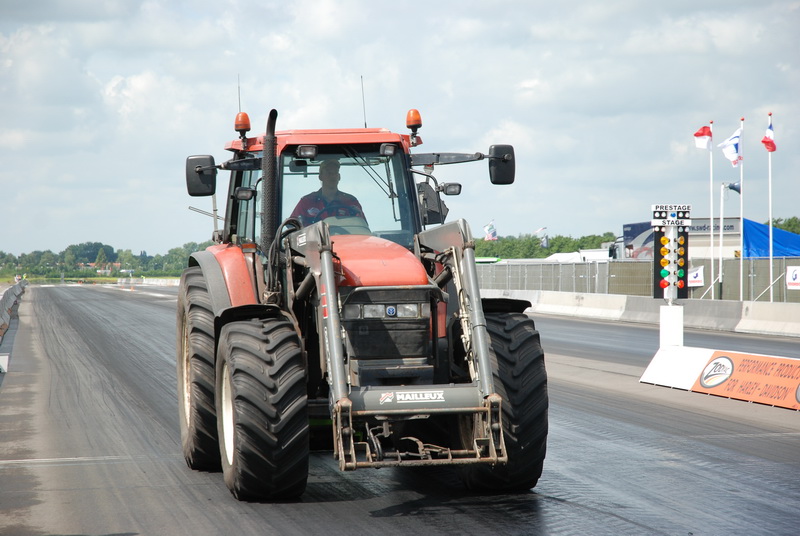 The crew worked very hard to dry and prepare track and on saturday afternoon the waiting came to an end.
All thirteen teams in our class realised it had to be good first time around.
All needed to qualify, so we could have a 16-field race.

Gert-jan Laseur was quickest and fastest, this is was no supprise. 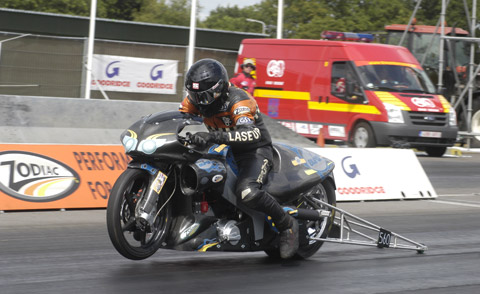 Second came Jesper Thiel Jensen, a lot better than last time he was in Drachten. 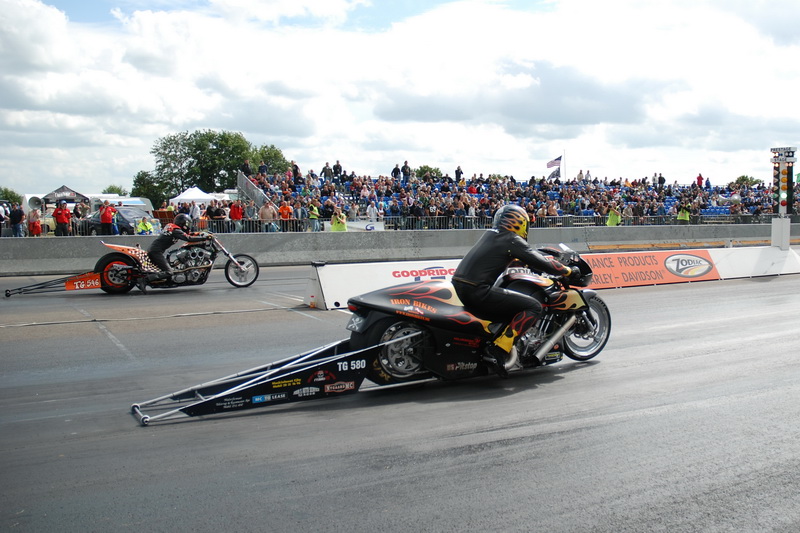 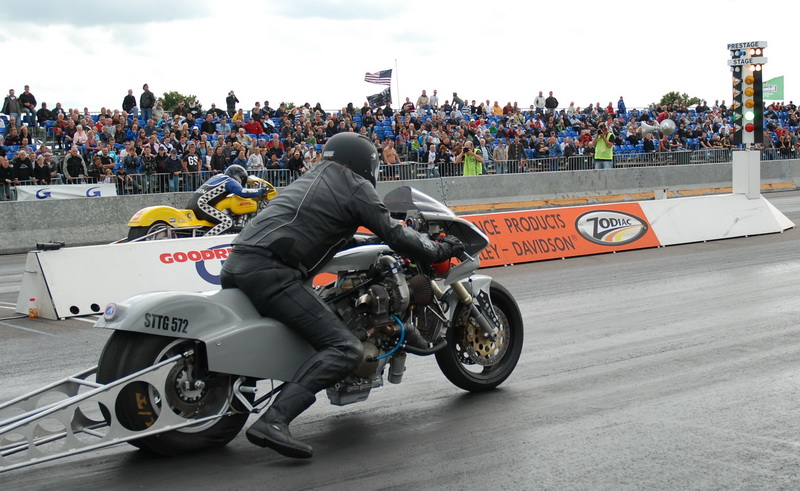 Bernd Niessen is his opponent here.
Bernd did his best shot first round. 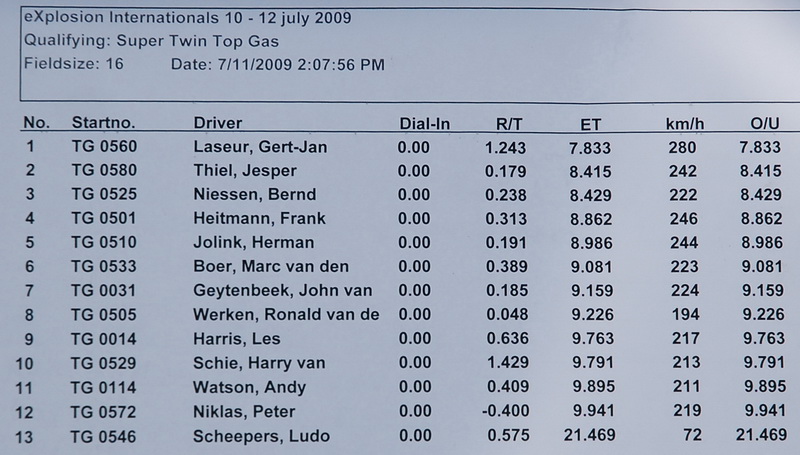 Round Two gave some nice passes for Gert-jan and Jesper
Peter Niklas did 9.666, another big step forward.
Harry suffered from a broken map sensor causing the engine to get maximim fuel all the time.
The team fixed the problem, and Harry qualified number five in the last round, better then fellow Dutch racers Van De Werken and Jolink.

Herman Jolink had problems getting the bike in 6th gear.
He decided to swap engines, he has an equally fast spare.
With a lot of helping hands he was able to make the call for the third round. 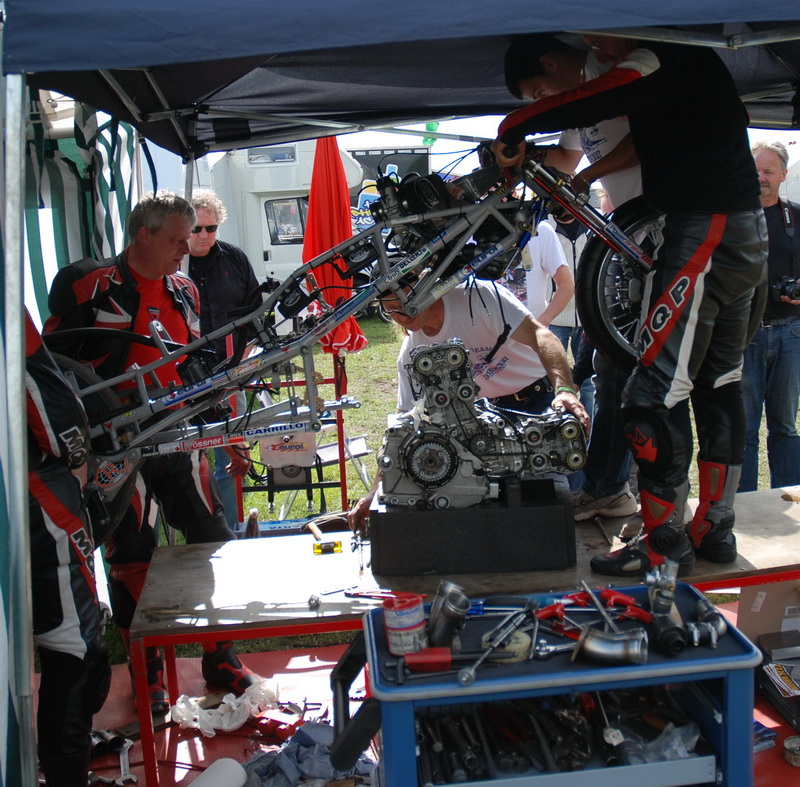 But it didn't bring a better time on the clock, Herman "fishtailed" down the track. 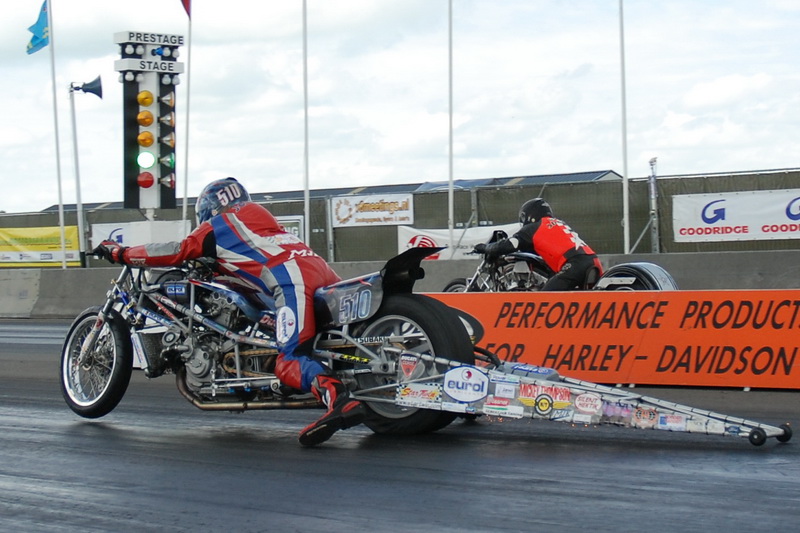 Frank Heitmann went faster in the second round but stayed in fourth place. 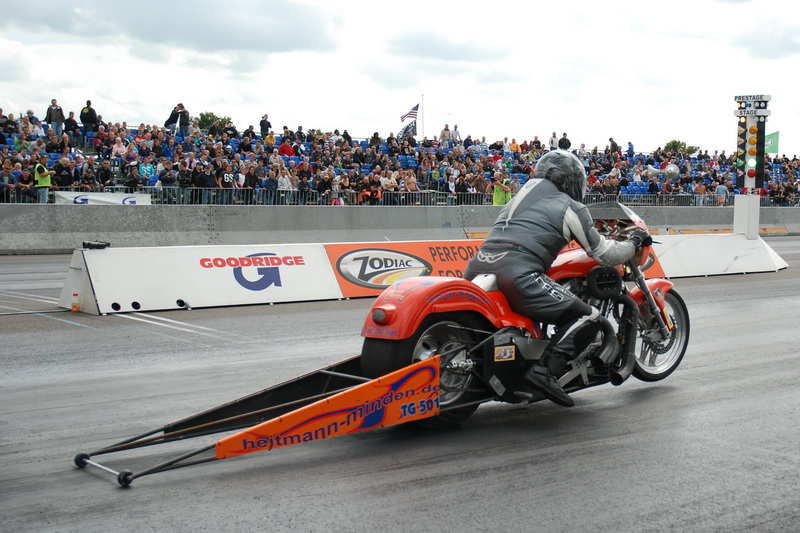 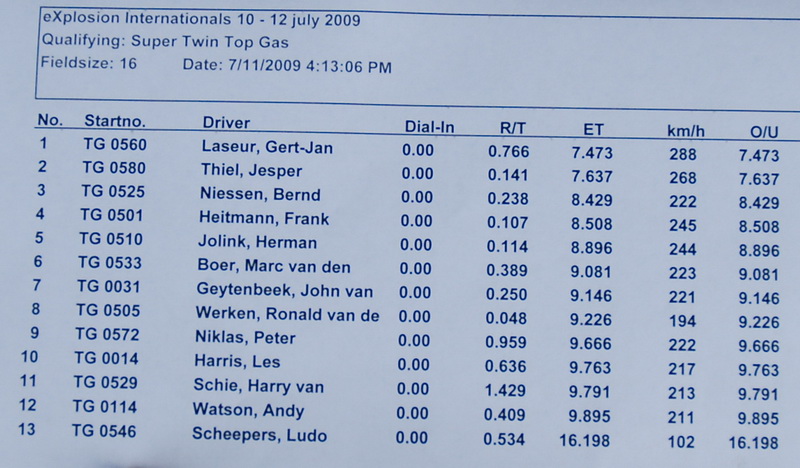 A low nine for PeterNiklas in third round. 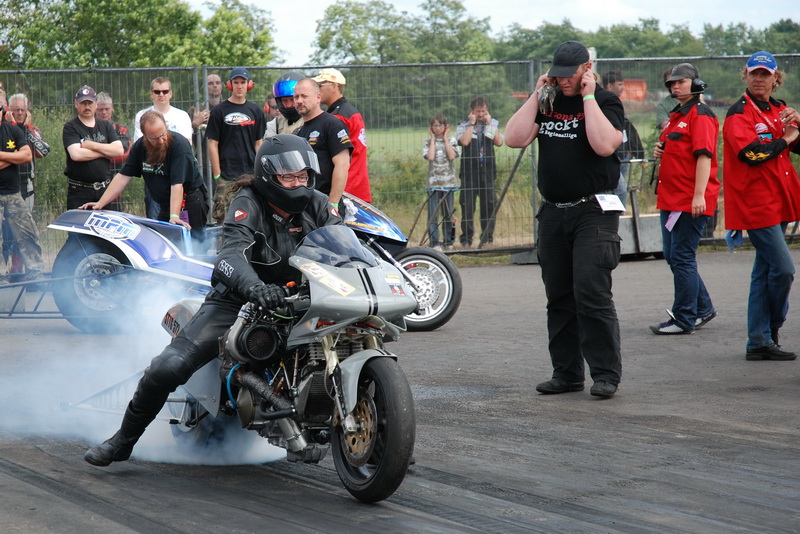 Jesper skip that one to repair his cams. Laseur didn't come out either.
Belgian Mark Vandenboer managed to do an eight second pass. 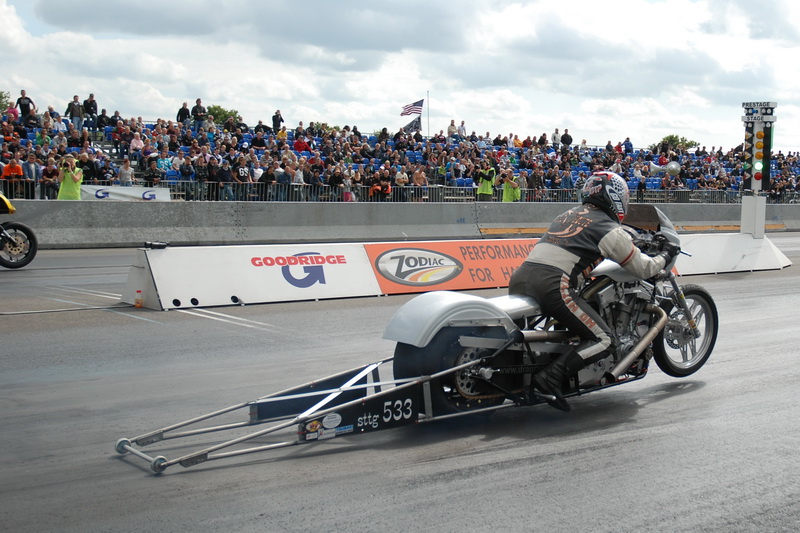 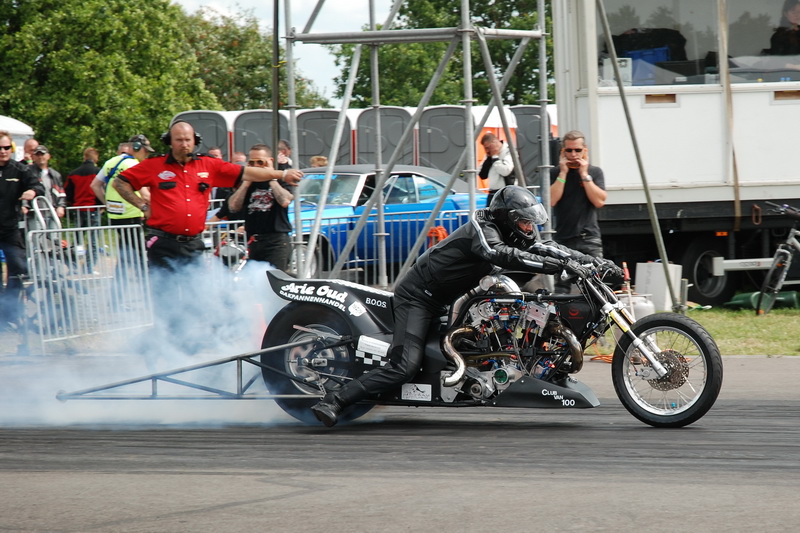 Jaap and Barney replaced it and Harry qualified #5. 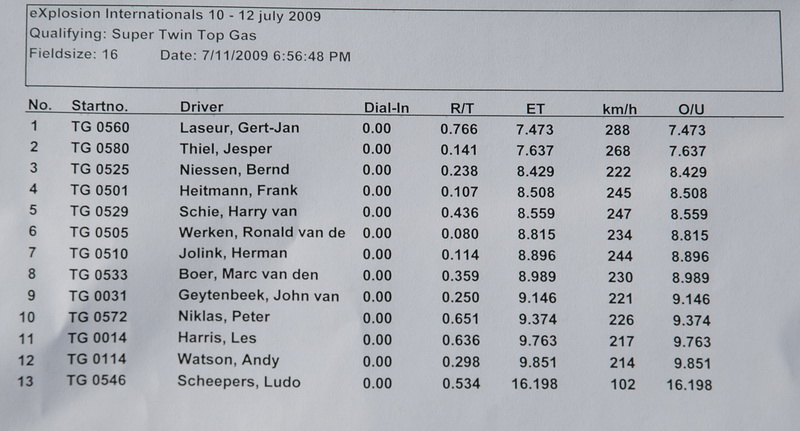 A flowchart was produced for race day, but early sunday morning the rain came back again.
At one o'clock the race was officially canceled, so we went home early this time.
Not many points were made this weekend. Bernd niessen is still in the lead, but Jesper passed Herman and he already skipped an event.
All that can change the next race, when we visit Hockenheim.
Brian Glaesner ordered all the parts he needs to repair the Buell that Rasmus Olesen rides this year.
They hope to have it ready in time to give the fast guys some competition in the last two races of the Euroserie Supertwin Topgas championship.