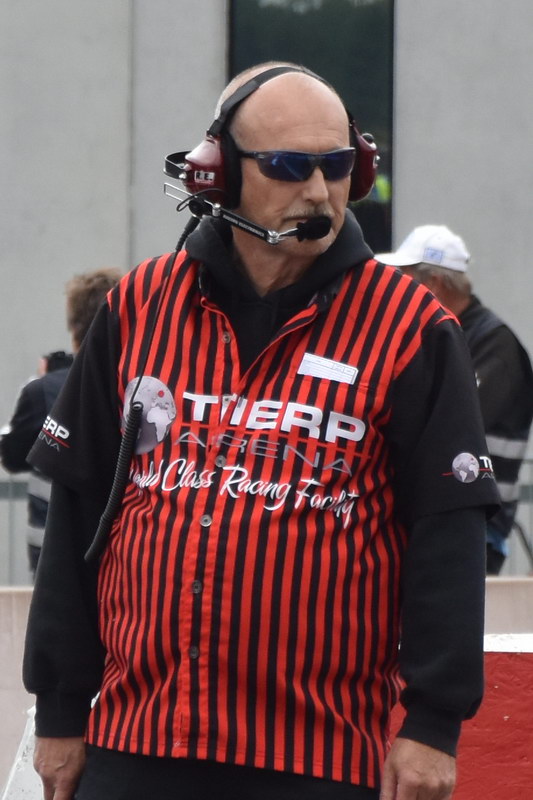 There were only six topgassers on the entree list, and five showed up at the world class racing facility. All of them had also attended the first race in the 2022 serie.

Two rounds of eleminations were held on friday, and two more on saturday. 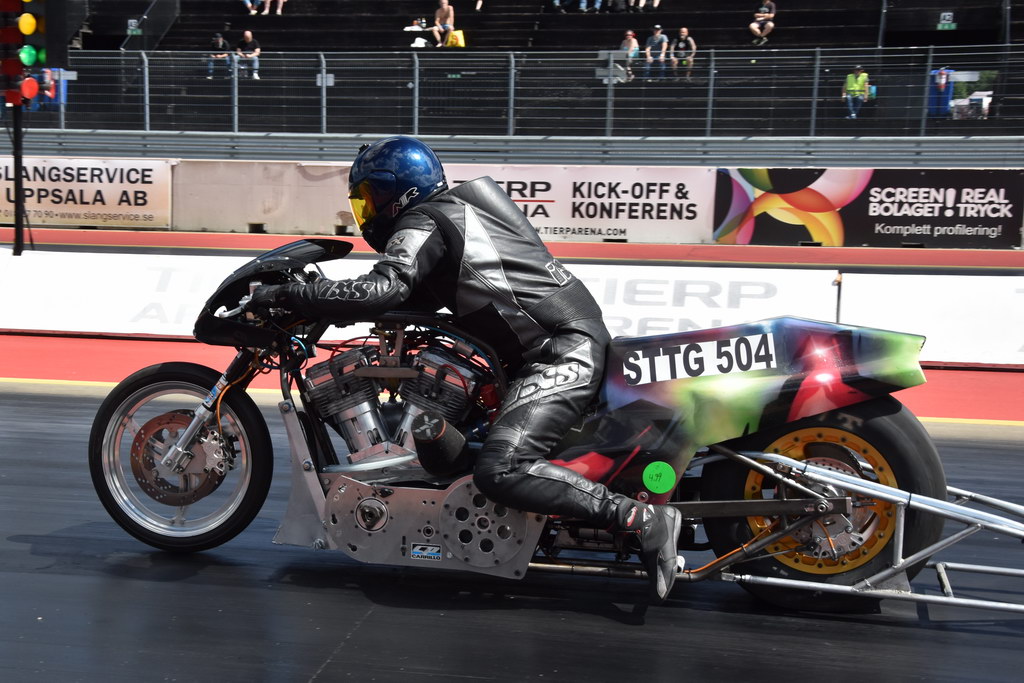 Anders Jenson from Denmark broke the cranckshaft during the first round already, so it was over early for him and his team. 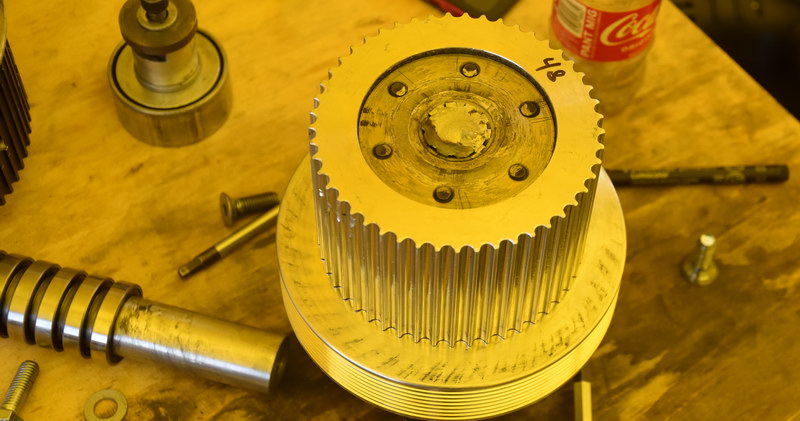 His countryman Jorgen Godske rides the ex van Nimmen bike, this season. He did three qualification runs and he had used up all  his clutch plates on saturday. 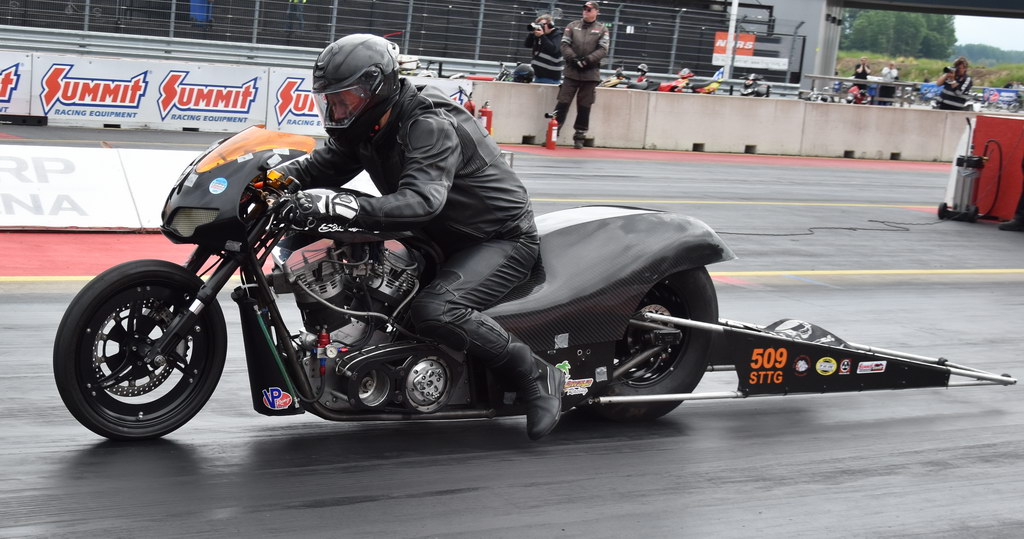 After a sudden strong wind blew away his easy-up tent, team Bigdog packed up and early on saturday evening, both teams from Denmark left the track and headed home.

Mats Larsson from Sweden only had his bike succesfully inspected in Malmö, but in Tierp he was able to make a few passes. 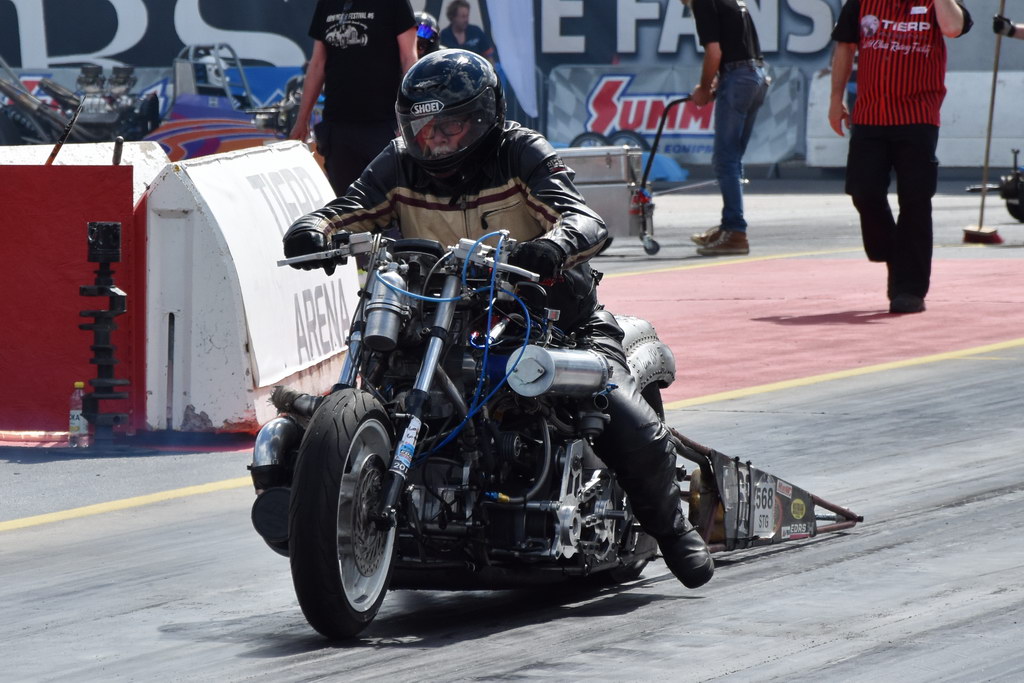 Mats has added a blower to the bike that was already turbo charged. Now the turbo feed a blower, a leftover from Jan Malmerg's "Twin Blower project". 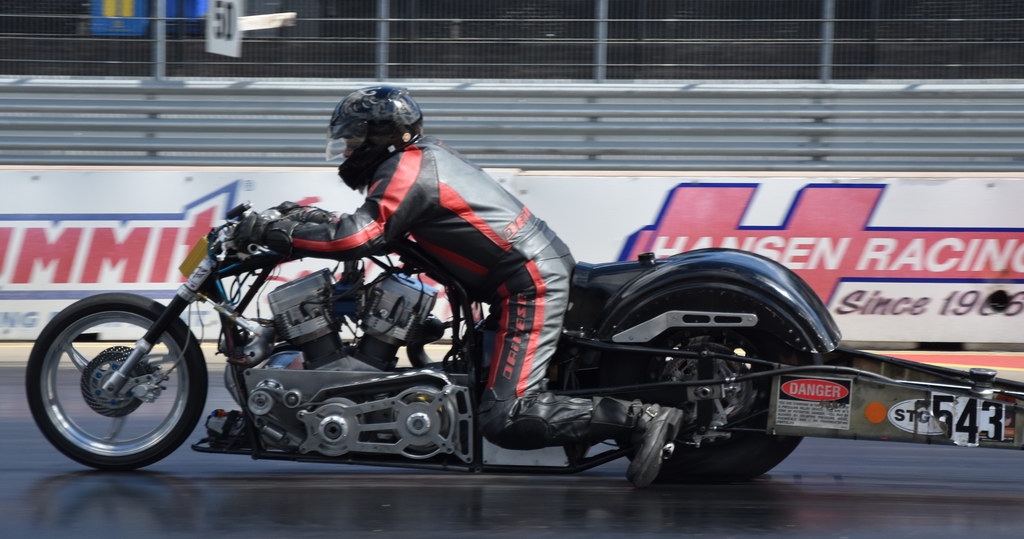 Jan Malmberg was fighting problems with the allignment of the blower belt, and was also working on the mapping, after changes to his fuel system. Jan And Mats met each other in the quarter finals on sunday. It was no surprise that Jan was quicker and advanced to the semi finals.

The 2019 Champion of our class, Joerg Lymant broke his own Class record twice during the eliminations, with a 7.381 seconds pass, and a 7.371 to top if off. Needless to say he was the topqualifier on the list.

Lymant took the bye run on sunday mornig without taking any risks, and had no problem beating Malmberg in the semis. 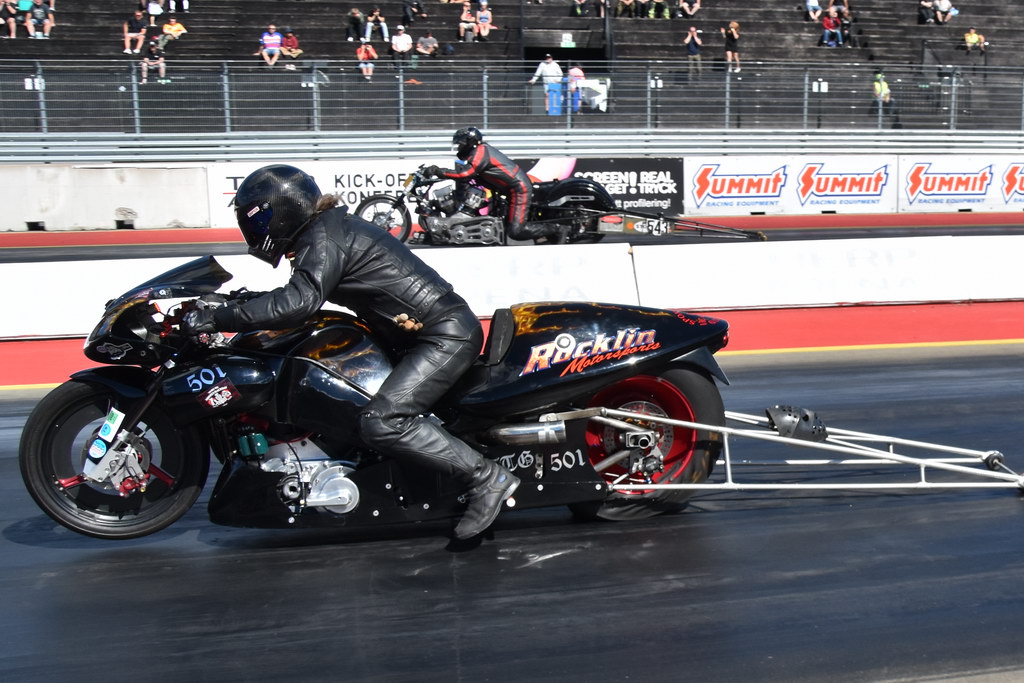 Joerg Lynant did a full pass in the finals. Not his quickest, but it it was his fastest run of the weekend. 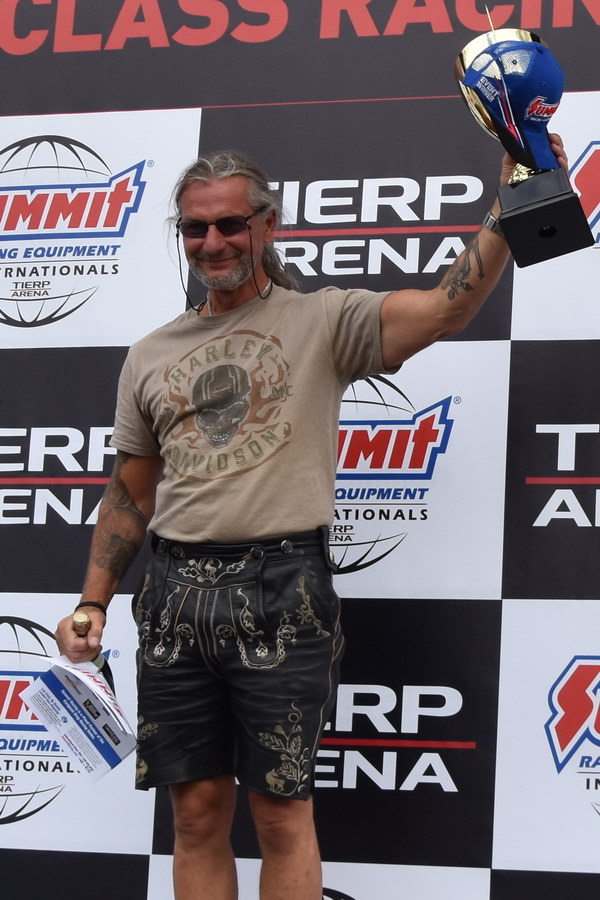 Congratulations to Lymant, Joerg is the leader in championship after this race.


2022 Championship points after round 2:

The next race in the Euroserie will be in Clastress in France, and the weekend after that we will be at Mantorp in Sweden. 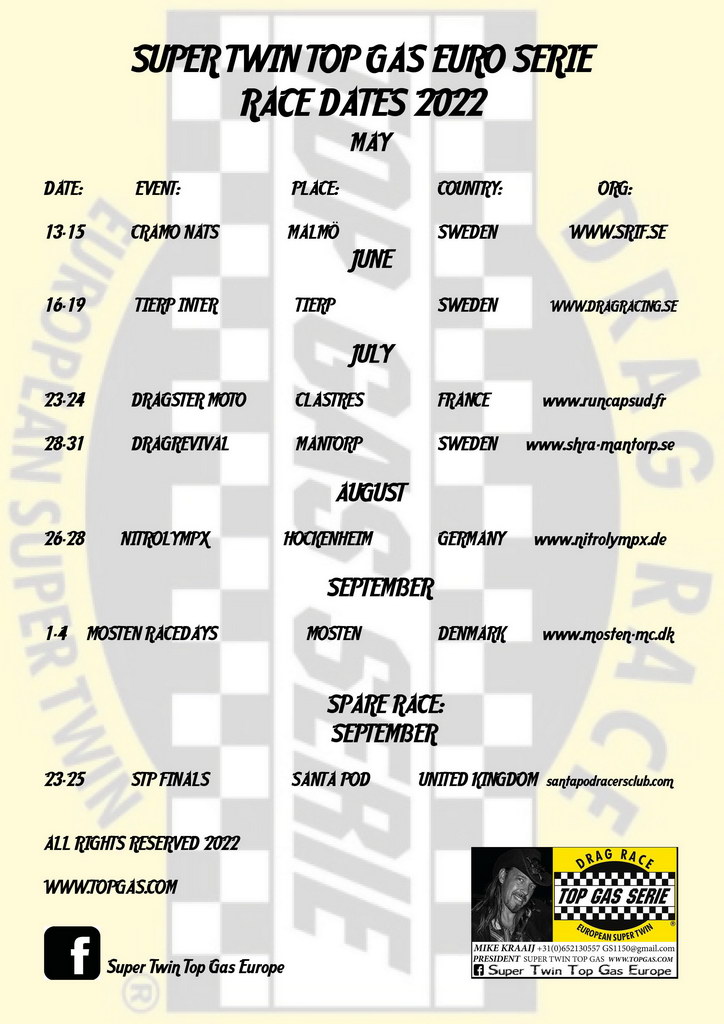